Arduino Due More Info and Teensy 3.0 on the way

A few more bits of information on the Arduino Due -

Now that the details are out, discussion has turned to compatibility. Some key points are that the DUE operatates at 3.3 volts and offers less current per pin and so while its form is compatible with Arduino Mega sheilds, it may not be directly usable with them or with many of the Arduino example projects that have been published the current generation Arduino's.

Also many approaches to connecting external components will need to be revisited, for example it is common to connect an Arduino directly to a 5 volt RC Reveiver or a Servo, this will not be advisable with the 3.3 volt Arduino Due.

For now, the Arduino UNO will remain the recommended starting point for beginners, there are an enormous number of projects that can be completed using the entry level UNO, I have yet to build anything more than the UNO can handle.


Having said all that, the Arduino Due allows us all to dream much bigger and right now I am thinking about a really big Arduino Due based modular synthesiser.

An Arduino Due Alternative ? The Teensy 3.0

Slightly ahead of the Arduino Due launch the Arduino compatible Teensy 3.0 project is now shipping, this offers an intermediate point between the UNO and Due in terms of price and power. I look forward to finding out how capable and compatible the Teensy is when mine arrives.

The Teensy 3.0, is particularly attractive for its small size and low cost, it is also ARMbased like the Due. 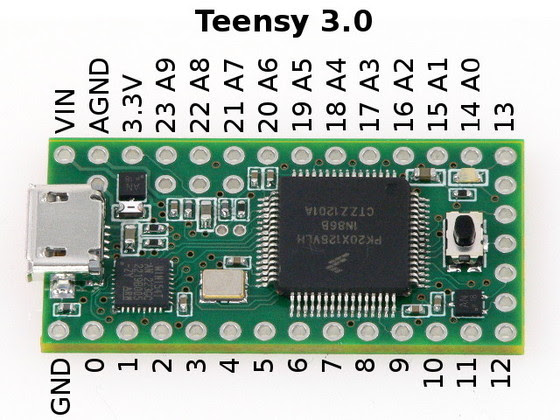